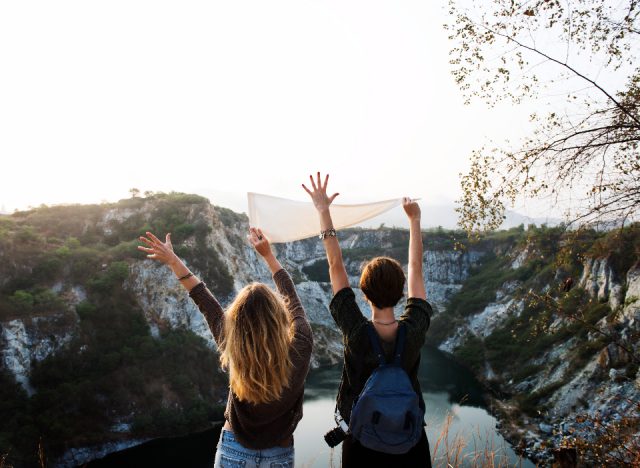 Donald Trump has blamed Saudi Arabia for the 9/11 terrorist attacks – but is still doing business there, it has emerged.

Mr Trump, the likely Republican candidate in November’s US presidential election, filed financial records to the Federal Election Commission on Wednesday, as is required of all presidential candidates.

According to Associated Press, the financial disclosure appears to include information on a new business enterprise set up to operate in Jeddah, Saudi Arabia.

But Mr Trump has not always expressed a positive view of the Middle Eastern country.

“Who blew up the World Trade Center? It wasn’t the Iraqis, it was Saudi – take a look at Saudi Arabia, open the documents,” he told Fox News in February.

And in March, the real estate magnate said he would consider stopping US oil purchases from Saudi Arabia and other Arab allies unless the Saudi government provided ground troops to fight Isis.

The 104-page document lists 527 current job titles for the businessman-turned-politician, who is listed as the head of an array of companies.

Four companies were incorporated by Mr Trump which could be related to a possible hotel project in Jeddah, the second largest city in Saudi Arabia, according to Buzzfeed News.

Mr Trump has created at least 46 new companies under his control.

However, these are often formed to hold other companies, meaning that someone else runs the business in practical terms.

The financial disclosure provides much less detail than a tax return would – but Mr Trump is the first presidential candidate to refuse to release his tax returnssince 1976.

“There’s nothing to learn from them,” he said.

The Trump campaign claims that the tycoon’s net worth is more than $10 billion, but this is difficult to verify from the document, which does not provide specific details of assets over $50 million.

The document includes details of assets including at least $687 million in real estate and development, from properties like Trump Tower in New York and 40 Wall Street, and at least $550 million in golf courses and resorts, according to the New York Times.

The Republican presidential candidate also picked up $800,000 in speaking fees – relatively little in comparison to his Democrat rival Hillary Clinton, who revealed she earned $1.5 million for speeches before she launched her campaign.

The report shows Mr Trump has also invested in companies he has previously criticised, such as Apple, Amazon and the parent company of Oreo.

At a rally in South Carolina, Mr Trump called for a boycott of Apple productsafter the company refused to hack an iPhone linked to the San Bernardino terror attack.

“First of all, Apple ought to give the security for that phone,” he said. “What I think you ought to do is boycott Apple until such time as they give that security number.”

In December, Mr Trump called on Saudi Arabia to take in more Syrian refugees, following his own demands that all Muslims should be barred from entering the USA.

He wrote on Twitter: “Has […] Saudi Arabia, taken any of the Syrian refugees? If not, why not?”

How to Sell “Plato’s Closet” for the Most Money?

Understanding How an Office Appearance Adds Value to Your Business

How to file an RTI application

How to write a PhD research proposal on ‘deep learning’

What are the best essay writing services on Reddit?

Why we should bulldoze the business school

Goals of the Small Business Innovation Research of Department of Defense

HSBC is killing my business, piece by piece — How to plan for your bank screwing up