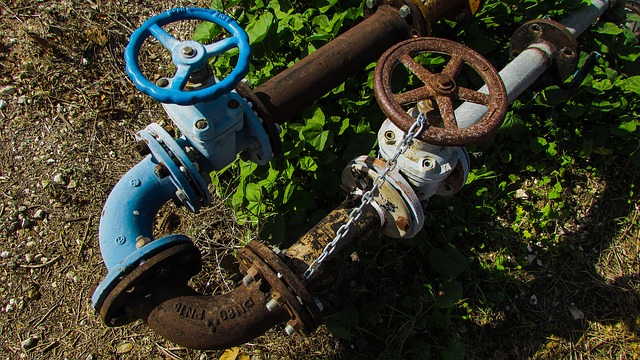 Doing your own plumbing work can save you a lot of money, and simple plumbing jobs do not require a great deal of knowledge or skill. A beginner should be able to cope with straightforward jobs, like replacing a tap washer or plumbing in a basin, and an average handyman should be able to tackle more complicated jobs, such as plumbing in a separate shower. But you should think twice before trying to tackle very complicated jobs. Working on a plumbing system can be dirty work – especially if you have to lift the floorboards or work in a dusty loft and it can be fairly strenuous.

There are two main parts to a household plumbing system – the water supply system and the waste system. The water supply system is a set of pipes and fittings which carries clean water to baths, basins, WCs and so on. The waste system is another set of pipes which carries used water away to drains and sewers. In an old house, or one with many plumbing fittings, the pipework may seem very confusing, but basic plumbing systems are really quite simple. Before starling work on your plumbing system, trace all the pipework carefully so that you know where each pipe leads and what it does.

Water supply
A household plumbing system basically starts at the water supply undertaking’s (either a water authority or a company) stopcock. This is usually situated outside the boundary of the property about 750mm below ground under a small metal cover, probably in the pavement. Most water supply undertakings’ stop cocks need a special key to turn them on and off. The stopcock controls the flow of water between the water supply under-taking’s water main and the household water supply. The pipe which carries water from the stopcock to the house is known as the service pipe, and the responsibility for maintaining it lies with the householder. Before 1939, service pipes were usually lead or steel; nowadays they are often copper or polythene. Many service pipes slope upwards slightly from the water supply undertaking’s stopcock to the house but should always be at least 750mm below ground. Once inside the house, the pipe (now called a rising main) can be protected against freezing by running it along an inside wall. In houses with suspended floors it may be necessary to give the pipe additional frost protection.

There are two basic systems for moving water about the house from the rising main toplaces where it is wanted indirect and direct.

Indirect plumbing systems In an indirect system, the primary purpose of the rising main is to feed water into a cold water cistern (often, wrongly, called a tank) which is usually situated in the loft. Most of the taps and other plumbing fittings in the house will get their water supply from this cistern, which is kept lopped up from the rising main through a ballvalve. However, at least one tap usually the cold water lap in the kitchen has to be supplied direct from the rising main to provide a supply of drinking water.

Depending on the local water by-laws, one, two or more fittings may be made direct to the rising main – one for an outside water lap and one for a cold water supply to a washing machine or dishwasher, say. Another connection may be made for an electric shower.

Most indirect plumbing systems have two pipes (often called draw-off pipes) taking water out of the cistern. One pipe feeds WCs and cold water taps in bathrooms and any other rooms where there are basins. The other feeds a hot water cylinder where the water is stored and heated by a boiler or an electric immersion heater. Cold water cisterns may have extra draw-off pipes for some types of bidet or shower or to make pipe runs to some fittings more convenient.

Hot water taps draw their water from a pipe connected to the top of the hot water cylinder – again, bidet and shower installations may need their own, individual connections. The hot water cylinder will also have a pipe leading back over the cold water cistern to provide a safety vent to allow air bubbles and steam to escape.

To carry out work on a plumbing system, or to stop a leak or burst, different parts of the system need to be isolated and drained of water. In theory, only one stopcock or valve is really necessary in a system. This should be as near as possible to the point where the main service pipe enters the house to enable the whole house to be isolated from the water supply. Two draincocks are needed – one just above the main stopcock to drain the rising main and any branch pipes connected to it, and the other as low down as possible on the pipe feeding the hot water cylinder to drain the cylinder. Pipes feeding hot taps and cold taps connected to the cistern, and the cold water cistern itself, can be drained by turning the taps on. This will not, however, drain the hot water cylinder.

In practice, to save having to drain the entire system every time repair work is carried out, it is better to include more stopvalves, so that some parts of the plumbing system can be isolated from the rest. This usually entails having gate valves on each draw-off from the cistern. It is possible to fit small isolating valves just before each tap or fitting. There should not be any valve on the outlet pipe from the hot water cylinder.

Direct plumbing systems
In a direct plumbing system, all the cold taps, WCs and so on are fed directly from the rising main. If the hot water is heated by a storage or hot water cylinder (rather than by instantaneous heaters) this will usually be fed from a small cold water cistern often on top of the cylinder.

Which system is best?
An indirect plumbing system has three main advantages. First, and possibly most importantly, because most of the system is isolated from the mains by the cistern, water is less likely to be drawn back into the mains (this is called back-siphonage) so there is much less risk of contamination of the water supply. Secondly, the system operates at constant water pressure so you do not need to worry about variations in the mains water pressure – this is particularly important on some types of shower which need roughly equal pressures of hot and cold water. Finally, the cistern provides a reserve supply of water if the mains fails.

A direct plumbing system is a little less complicated and can be cheaper to install than an indirect one. But some of the fittings used may have to be specially designed to lessen the risk of contaminating the mains.

The type of system you are allowed will be determined by the local water supply undertaking. The latest option is to have an unvented hot water system. Here, the cold supply to the house is as the direct system above, but the (special) hot water cylinder is also fed directly from the rising main. Unvented hot water systems need to be properly installed and maintained, but have several advantages over conventional systems.

What is the best time to repair or replace my faucet?