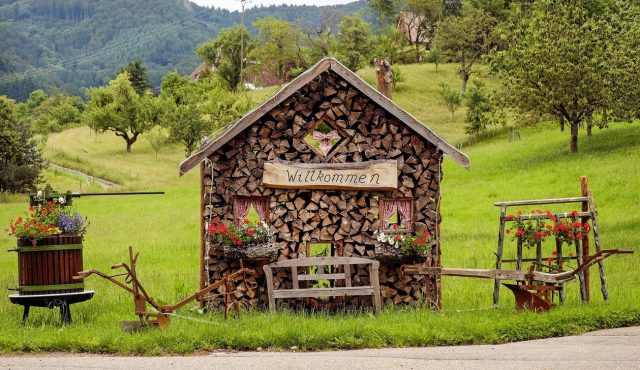 The shed, for many years, has been an iconic part of the British home. As images of gardens appear on our favourite television shows they are invariably represented with a single, small shed, sat in the corner. Often they contain our tools, bicycles, plant pots, and unfinished projects. Whether they are kept tidy or not is typically only known by the homeowner. And, until the shed door is pried open and a lawnmower tumbles out, spilling paint buckets with it, it’s interior is a well-kept secret.

However, as romantic as this image may seem, sheds have now gone out of fashion.

So, what’s happened? Is it that fewer people are finding themselves needing garden storage spaces? It could be. The large, cumbersome lawnmowers of thirty years ago are now being replaced by automatic ‘robot’ mowers that sweep the garden through the day before tucking themselves away to charge. But, as a counterpoint, more people are turning their hand to gardening and growing food at home, which would require a greater amount of storage space for bags of soil and cultivating tools.

The answer is, well, many things.

Sheds are being transformed with creative ingenuity. Residents around the UK are no longer wanting to waste a potential space in their garden to store old plant pots. Instead, they want to create a new space, one that is utilised, adding benefit to their activities or house value, while some are using it to support the community or earn money.

Sheds, as we may know them, are becoming a summer home, an outdoor office, or an Airbnb log cabin. They are being adapted into curing spacing for clever chefs, while industrious influencers are turning their garden building into a social media space for photoshoots and streaming. The reason sheds are going out of fashion is because there is a greater potential use for them over storage.

This is not a niche part of garden culture. As the property market continues to demonstrate a significant desire for garden and outdoor spaces among homeowners, largely in response to the pandemic lockdown, there is a much larger number of people reevaluating the garden designs we take for granted. For many, the luxury of having an outside space used for decoration, dedicated to aesthetic plants and neat lawns is also losing its appeal, especially when the area can be used to grow food or to support local wildlife.

If you are a homeowner still packing tent bags and dirty sports equipment into your shed, it may be time to reconsider its benefit to your home. With a little creativity and investment, it can potentially be so much more. There are already many guides appearing online and in home design magazines to inspire potential renovation ideas, so be sure to check them out and turn your storage space into something more.