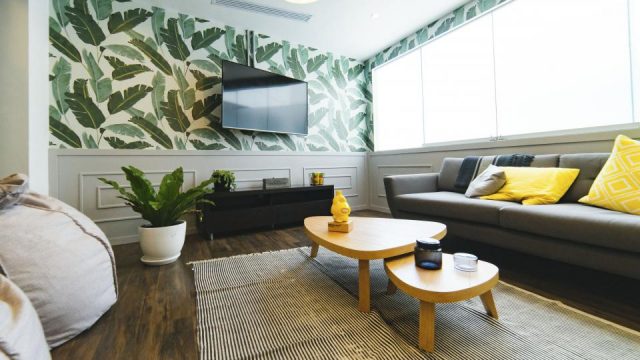 It used to be that the term “Home Improvement Shows” garnered images of Bob Villa, standing in an old house, describing every action as he hammered. While these types of shows were highly informative, they weren’t busting with entertainment appeal: if not for the pounding of the hammer, you might have fallen asleep.

The following is our list of the best home improvement shows, shows that hit the entertainment nail on the head.

Design on a Dime, HGTV: All of us want to remodel, redo, redecorate, but not all of us have the resources. For those of us without tens of thousands of dollars to spend on home improvement, Design on a Dime is singing our song. Design on a Dime features a team of designers who take a budget of a thousand dollars and do wonders to a house. This show shows us that a regular old boring room can be turned into one with flair and appeal without spending great amounts of money. Sure, you might not be able to design on literally a dime, but you might be surprised at how frugally you can fix up your house.

Trading Spaces, Discovery Home: Dueling banjos meets home improvement, Trading Spaces is a show that allows two sets of people to redecorate one room in the other’s house. With each set of people having only two days of decorating, and a budget of just a thousand dollars, Trading Spaces is a great show for people who need quick, cheap decorating ideas. Though the show grants each set of people a carpenter and a designer – two things you might not exactly have lying around – it is still a show that sparks creativity in the person who knows they want to improve their house, but isn’t sure how.

Toolbelt Diva, Discovery Home: I am woman hear me roar, or at least hear me pour cement. Toolbelt Diva is a show that teaches us all that home improvement isn’t just for the boys. A do-it-yourself program hosted by Norma Vally, this show is aimed at encouraging women to take the bull by the horns: it grants women power…tools. Enlightening, entertaining, and educational, Toolbelt Diva shows the world that you can engage in home improvement and have a uterus….all at the same time.

Home Improvement, Now in Syndication: Sure, the show Home Improvement – with Tim Allen wrecking havoc on just about anything he touches – is definitely more of a show on how to destroy your house than one on how to repair it, but it makes our list for one reason: it brings heart and comedy to the usually boring concept of fixing up a house. A show that aired on ABC from 1991 to 1999, Home Improvement, eight years later, still has a unique way of bringing out the handyman in all of us.